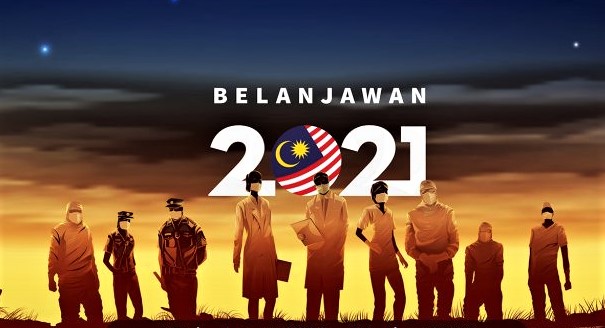 Described as an expansion budget, Tengku Zafrul on Friday presented the largest budget in history worth RM322.5 billion, with RM236.5 billion for operating expenses, RM69 billion for development expenditure, and RM17 billion under the COVID-19 Combined Fund.

Sabah and Sarawak will receive development expenditure of RM5.1 billion and RM4.5 billion respectively under the 2021 Budget, allocations that are not much different from those given to the two states this year.

Finance Minister Datuk Seri Tengku Zafrul Abdul Aziz said the funds would be used to upgrade the road, water, and electricity infrastructure, as well as important services such as healthcare and education.

Based on the three main objectives, namely the well-being of the people, business continuity, and economic resilience taking into account the current COVID-19 epidemic and its impact on the people and the country.

PAS Sarawak hopes that the allocation of RM4.5 billion under the 2021 Budget for Sarawak, in particular, can be fully utilized for the well-being of the people, especially the rural population who are still lagging behind in the development process.

The Sarawak government also has a domestic allocation and needs to be coordinated with the allocation of funds from the Federal government will be able to accelerate the development process which has been stagnant for many years. With the provision to upgrade the road, water, and electricity infrastructure, as well as important services such as health care and education, the people of Sarawak will definitely benefit. Allocating large expenditures should be transparent and monitored so as not to be misused for other purposes.

The entire 2021 Budget, the purpose is to ease the burden of the people, improve the country’s economy, it is the largest budget in history in terms of its value. Hopefully, the 2021 budget is beneficial for all, regardless of race, religion, and political affiliation.