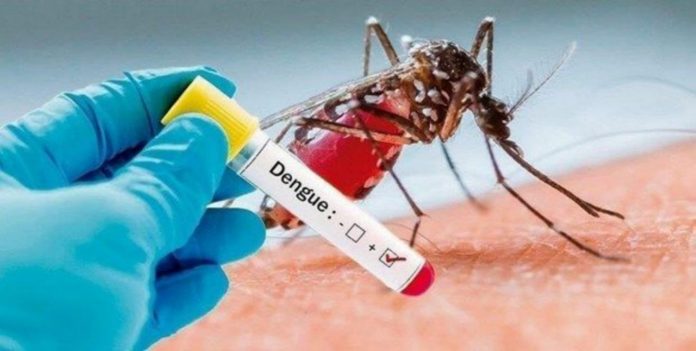 The cumulative number of dengue fever cases in Terengganu recorded a decrease of 90.1 per cent, for the period of January until Saturday (Nov 20) this year, compared to 2020, said state health director Datuk Dr Kasemani Embong.

She said Terengganu only registered 37 cases of dengue fever this year compared to 374 cases reported in the same period last year.

“This year, the district with the highest number of dengue cases was Terengganu with 12 cases, followed by Hulu Terengganu, Marang and Kuala Nerus, with five cases each, Kemaman (four) while Besut and Dungun recorded three cases each. There were no reports of dengue cases in Setiu.

“To date, there have been no deaths due to dengue fever reported in Terengganu. Only two episodes of dengue outbreak were registered compared to 23 episodes reported in the same period last year,” she said in a statement today.

Dr Kasemani said the department will intensify control and prevention activities, including 228 gotong-royong programmes carried out throughout the state.

“We also carried out fogging activities at a total of 45,493 premises while at another 86,019 premises we carried out larviciding (larvae termination).

“Our enforcement department officers also carried out inspections on 124,575 premises and from the number, a total of 1,579 premises were positive for Aedes mosquito breeding places. To date, a total of 397 compounds have been settled with a value of RM63,240,” she said.

She said Terengganu is now entering the monsoon season and there were areas that could potentially become breeding grounds for the Aedes mosquito such as puddles, clogged drains and such.

“We need people to be more responsible to ensure that housing areas do not become the breeding grounds for Aedes mosquito.

“Among steps to be taken are spending 10 minutes each week to seek and destroy Aedes breeding grounds apart from using substances to kill the larvae in the containers,” she added. – Bernama