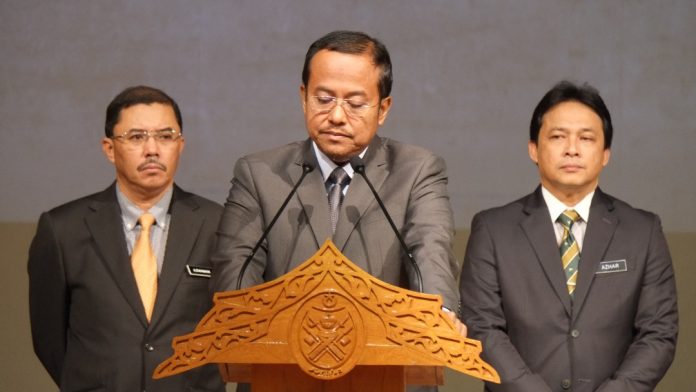 “The case should not be put on trial by the media but should be handled by a just and transparent judiciary system,” he said on Wednesday (May 23) after visiting two families in Kg Losong Mat Shafie whose homes were destroyed in a fire.

Dr Ahmad Samsuri said PAS has always been against corruption and the misuse of funds since the very beginning, making references to similar scandals involving Pewaja Steel and the Port Klang Free Zone (PKFZ)

“We have also been consistent in our stand for the 1MDB scandal to be investigated.

PAS president Datuk Seri Abdul Hadi Awang has asked for it more that 20 times either as a question in Parliament or in media statements and interviews,” he said.

“Now that the 1MDB case is no longer under the Official Secrets Act, we hope for the truth to be fully unveiled,” added Dr Ahmad Samsuri.

In July 2015, when the 1MDB case was exposed by the Wall Street Journal (WSJ), PAS president Datuk Seri Abdul Hadi Awang had said that WSJ needs to provide at least four trustworthy witnesses to back its allegations of corruption against Prime Minister Datuk Seri Najib Razak.

In Feb 2018, when Hadi Awang was criticised for being “quiet” on 1MDB, heclaimed that he had actually reprimanded (“menegur”) Najib, but privately.

When asked on updates about Terengganu’s oil royalties, Dr Ahmad Samsuri said he is set to have a meeting with Prime Minister Tun Dr Mahathir Mohammad early next month.

“All the Mentris Besar and Chief Ministers have been called for a finance meeting then. Whether or not the oil royalty issues will be discussed is secondary,” he said.

Meanwhile, Dr Ahmad Samsuri also announced that about RM100,000 has been allocated to help the two families who lost their homes in the fire on Tuesday night.

There were no casualties in the fire.

“We hope this aid will in help a little towards them having a new home by Hari Raya Aidilfitri,” he said.-thestar