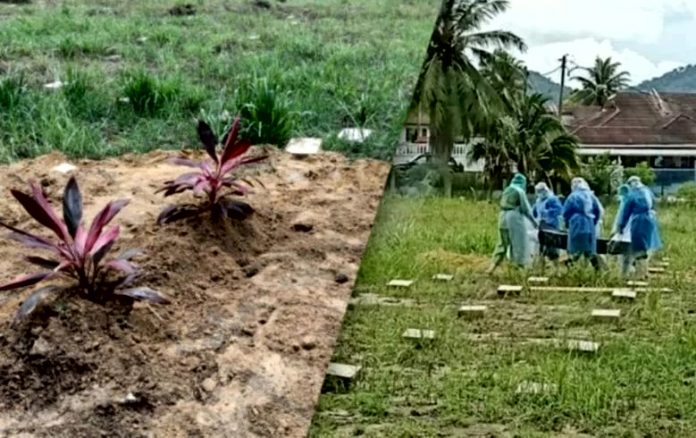 : A man was found dead on the sidewalk in Muadzam Shah, said to be on his way from Segamat, Johor heading to his hometown of Kuala Terengganu, on foot.

It is learned that the man set about to return to his family after quitting his job in Johor and resorted to walking due to there being no public transportation during the movement control order (MCO) period.

Following his death, it was later found out that his body tested positive for Covid-19.

“The 39-year-old man had attempted to traverse by foot back to his hometown as he had missed his children so much, after they were separated during the enforcement of the MCO period.

“He was seen at a roadblock by the authorities and appeared weak and pale by the time.

“He was given food and advised against continuing his journey, but he remained persistent,” he added.

Rafie said the victim’s family had also asked the authorities to track down the victim after they failed to contact him.

“According to his elder sister, the family is shocked by the news of her brother’s death and were still upset about what has happened.

“What made all this even more tragic is the fact that the victim’s family could not afford to pay RM1,500 in funeral arrangement cost. SPJM has come to their aid on this,” he said.

According to Rafie, the burial was conducted with strict adherence to the current Covid-19 SOPs, with those present clad in Personal Protective Equipment (PPE

Opinion Wartawan BO - 24/01/2021
Report from B'Tselem highlighting Israel's apartheid character is a welcome development, but this finding cannot be divorced from the state's oppressive settler-colonialism B’Tselem, a leading...