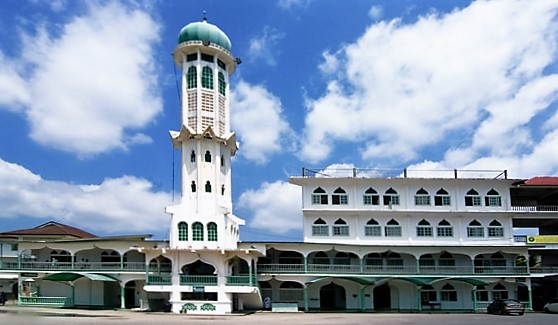 KUALA TERENGGANU: The postponement of all activities in mosques and suraus across Terengganu is extended until April 28, said Terengganu Islamic Religious and Malay Customs Council (Maidam) president Datuk Osman Muda.

He said the Sultan of Terengganu Sultan Mizan Zainal Abidin had consented to the decision that was made following the Federal government’s move to extend the Movement Control Order (MCO) as part of efforts to curb the spread of Covid-19.

“These activities include Friday prayers,” he said in a statement today.

He also said that Sultan Mizan had expressed sadness over the difficulties that people had to face following the outbreak.

“Sultan Mizan also called on people to remain patient during these trying times,” he said.

Meanwhile, in a separate statement, Osman said the zakat fitrah (tithe) in the state for this year remained at RM7 per person.

Payment can be made via various ways including to amil (appointed representatives), Snap & Pay application and ‘Financial Process Exchange’ (FPX) on Maidam’s official portal www.maidam.gov.my.

“Payment can also be made through Internet banking appointed by Maidam. We are encouraging Muslims to pay their zakat fitrah via online method,” he said. – Bernama