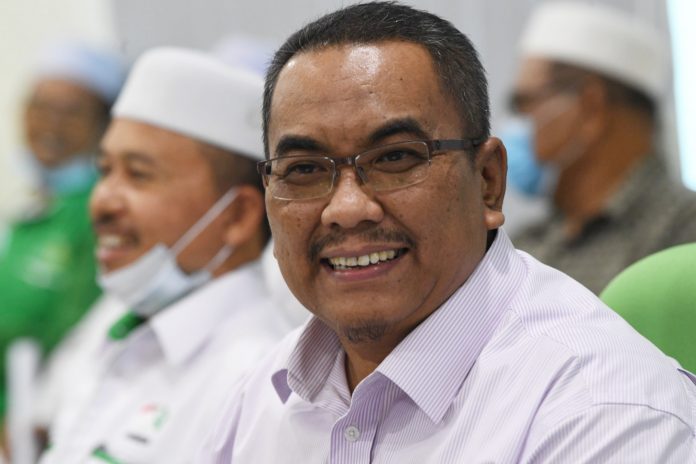 PAS Election Director Datuk Seri Muhammad Sanusi Md Nor stood by his remarks that political stability can only be achieved if Umno and Barisan Nasional (BN) were stopped from leading the country.

He said what he remarked during a political rally in Batu Pahat, Johor, on Friday was based on facts and the current political situation at the national level.

Sanusi said the remarks were made in the context of PAS being a Perikatan Nasional (PN) component in facing the Johor state election which is due to be held next month.

“I spoke based on evidence, the states where Umno holds a small number of seats are stable (such as) Kedah, Kelantan, Terengganu are stable, there is no unrest, just calm.

“The state where Umno has the most seats like Perak, Melaka, Johor and the Federal government is in shambles.

“The Menteri Besar, Chief Minister were replaced, state elections were held, this is political instability.

Sanusi said as the PAS Election director, it was his duty to convince the voters to choose PN over BN and Pakatan Harapan (PH).

“It doesn’t make sense for me as someone representing PN to campaign for an opponent’s party. So if you wish to fight a political battle you must have a strong heart, not a heart of tissue. Bring on the fight!

“As the PAS Election director which is a component of PN, I explained why my party should be supported because there was no seat negotiation (between PAS and Umno) so Umno president Datuk Seri Zahid Hamidi went on to announce that the party was contesting on its own.

“Since Umno is contesting on its own, the party will face PN and PH, so I can’t be campaigning for a party that is opposing me,” he explained.

Ismail Sabri had said this was evident as Malaysia was currently being led by a prime minister from Umno.

He said under his government, the country witnessed history as a memorandum of understanding (MoU) had been signed between the government and the opposition to provide stability, hence he said the issue of instability did not arise.

Ismail Sabri was referring to the bi-partisan cooperation signed by representatives of the government and Pakatan Harapan on Sept 13 last year.

The MoU, which was signed about a month after Ismail Sabri was sworn in as prime minister, was to establish a practice of constructive democracy in finding solutions to any problem to achieve a goal of a prosperous, inclusive, and sustainable Malaysia.- Source NST