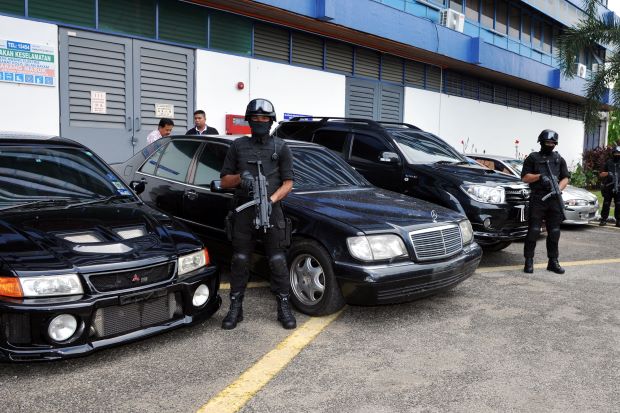 Bukit Aman smashed one of Kelantan’s biggest drug syndicate which allegedly received help from a rogue police officer based in Kuala Lumpur.

Police believed the suspect had been providing information on impending police raids in the state.

The corporal, who was based at a police station in Kuala Lumpur, was said to have been the ‘link man’ for the syndicate for about a year in its distribution of syabu, ecstasy pills and yaba.

Also arrested were the policeman’s accomplices – two Thais and four locals – who were allegedly involved in distributing the drugs to Kuala Lumpur from the transit point in Kelantan.

The corporal and two of his accomplices were picked up in Kuala Lumpur while the rest were nabbed in Kelantan last Thursday.

“We believe the syndicate had been running the drug distribution for about a year. The police surveillance began early this year.

“We are investigating the corporal’s connection to the syndicate which smuggled drugs in vehicles from neighbouring countries, via the main entry points,” he told a press conference here.

Police also seized seven vehicles and a motorcycle during the operations.

The suspects were remanded for a week to facilitate investigations under Section 39B of the Dangerous Drugs Act 1952 which provides for the mandatory death sentence upon conviction.- source thestaronline