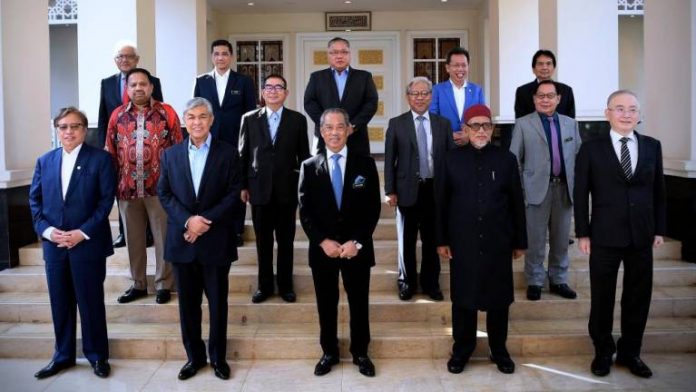 Political parties and coalitions under the Perikatan Nasional government have announced their support for Prime Minister Tan Sri Muhyiddin Yassin.

“The issue raised by Anwar is a desperate move driven by personal interest and ambition during this time when the Perikatan government is managing the Covid-19 pandemic and working to revive the national economy.

“PAS remains confident that the Yang di-Pertuan Agong will not entertain this ‘desperado’ action and handle the matter according to the law and the Federal Constitution, ” said Takiyuddin.

“Anwar’s claim is pure fiction, ” he said, adding that Anwar is putting personal ambition ahead of the people’s interests, at a time when the government is working hard to fight the third wave of the Covid-19 pandemic.

Annuar said Barisan had decided: “No DAP, no Anwar and no Tun Dr Mahathir Mohamad.”

“We support Muhyiddin as PM en bloc and we agreed to support each other, ” he said in a Facebook post.

According to a high-placed source, Barisan Nasional chairman and Umno president Datuk Seri Dr Ahmad Zahid Hamidi had a discussion with Muhyiddin on the matter last Friday and assured him that all Barisan and Umno MPs would support him. – Source TheStar