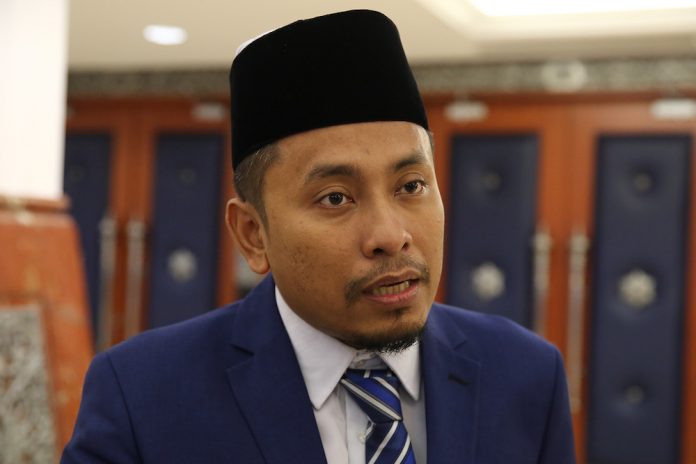 The police must uncover the parties responsible for leaking a letter the Yang di-Pertuan Agong sent to the prime minister on Thursday regarding the revocation of the Emergency Ordinances, PAS Youth deputy chief Yb Ahmad Fadhli Shaari said yesterday.

Ahmad Fadhil said PAS Youth has lodged a police report to trigger an investigation into the matter, and urged other members of the wing to follow suit.

“PAS Youth views the matter seriously and urges the police to investigate it in order to identify the source of the leak.

“A police report has been lodged to press for an investigation on whether there were elements of treachery and sabotage in the distribution of the letter.” 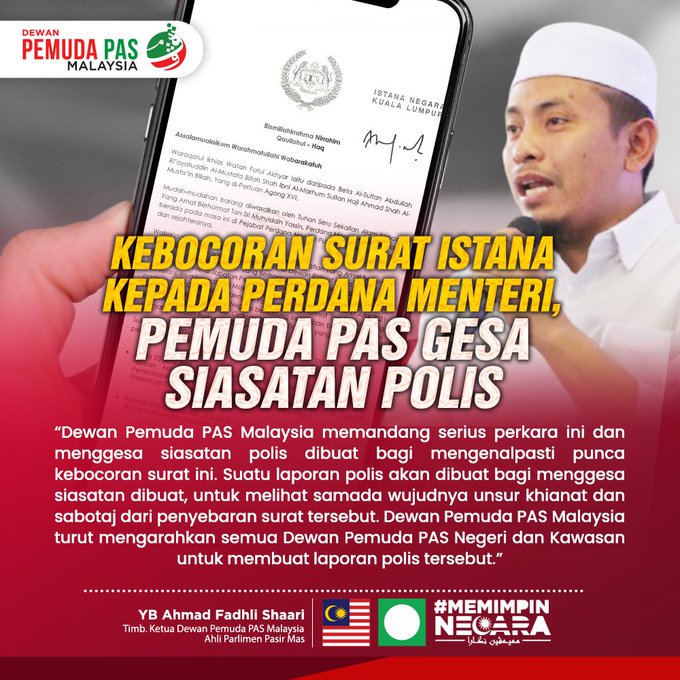 A letter purportedly from the Agong, Al-Sultan Abdullah Ri’ayatuddin Al-Mustafa Billah Shah, to Prime Minister Tan Sri Muhyiddin Yassin earlier this week regarding the revocation of the Emergency Ordinances was leaked online.

Aside from PAS Youth today, the authenticity of the letter has not been established.

The letter emerged after the Agong issued a public statement rebuking Minister in the Prime Minister’s Department Datuk Seri Takiyuddin Hassan for asserting in Parliament that the EOs were revoked on July 21.

The Agong noted that the Federal Constitution required that he give royal assent before the EOs could be revoked, which he said he has yet to provide.

The Prime Minister’s Office later responded by saying both Muhyiddin and Takiyuddin acted constitutionally in the matter.