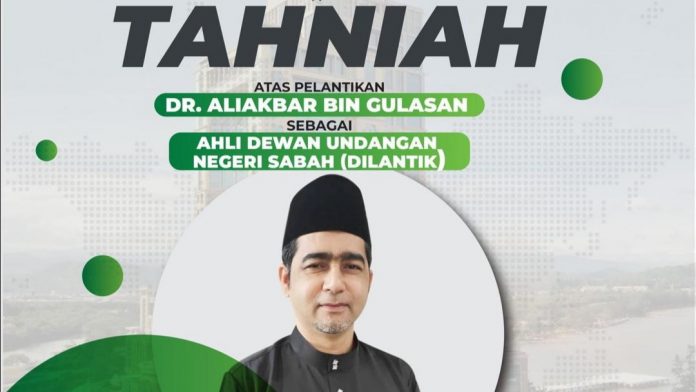 Ustaz Hadi described the appointment of a PAS member to the state assembly, for the first time, as the start of a new era for the party.

“It opens a new chapter for Sabah PAS to forge a closer relation with the community of various races and ethnicities in Sabah,” he said in a statement here.

“The fact that PAS has been in Sabah for over 35 years is proof of the party’s determination in strengthening unity, improving education and protecting the people’s welfare, across all races and religious understandings.”

He urged Aliakbar, 49, who is from Kampung Kota Ayangan in Keningau, to be steadfast in his new responsibility to the state assembly as well as the PAS state chapter.

There has been no official confirmation by the Istana Negeri or the Chief Minister’s Department yet on the appointment of the remaining five state Cabinet ministers, assistant ministers.

However, it is understood a swearing-in was held at the state palace this morning with Aliakbar being one of the six assemblymen taking the oath of office.

Aliakbar attained his PhD from Universiti Kebangsaan Malaysia in 2009. He was previously with the Institute for Development Studies (Sabah) and was a senior lecturer at Universiti Malaysia Sabah from 1996 to 2020.

He is presently the chairman of the Malaysian Cocoa Board.