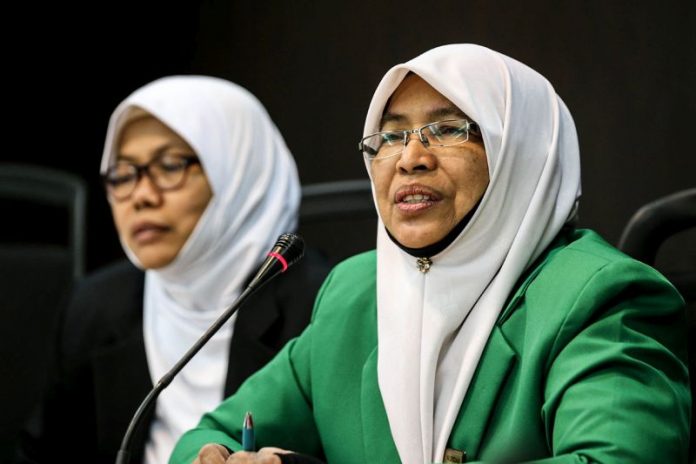 PAS Muslimat urged the public to forgive Entrepreneur Noor Neelofa Mohd Noor over her controversial launch of a new ‘tudung’ or headscarf and turban range at the Zouk nightclub on Monday.

“Wearing the hijab is a command by God and is a central part of the Islamic faith and she (Neelofah) has raised awareness on the hijab and modest dressing but unfortunately her actions have opened her to all kinds of criticism,” said Nuridah Mohd Salleh, the Islamist party’s women’s wing chief.

She said that while Neelofa had “good intentions”, choosing the right venue is just as important.

“It is important to practice the tenants of the faith in the right way and to select a place that is often associated with practices that are contrary to the faith was not a wise choice,” she said.

She urged those angered by Neelofah’s actions to forgive her as the 29-year old, well known for her line of clothing and other products, is “still young and had a long way to go”.

“She is a role model for Muslim women everywhere but she is still young and those who feel slighted should recognise that she has apologised for her actions.”

Neelofa, who turned 29 on Monday, celebrated her birthday with the release of her latest Be Lofa range that comprised the “Be Lofa Turban” and the “Be Lofa Shawl” headscarf range.

However, her choice of venue was criticised by Muslims here, including Federal Territories Mufti Datuk Zulkifli Mohamad who reminded the celebrity entrepreneur to follow Islamic tenets and said the “ends do not make the means halal”.