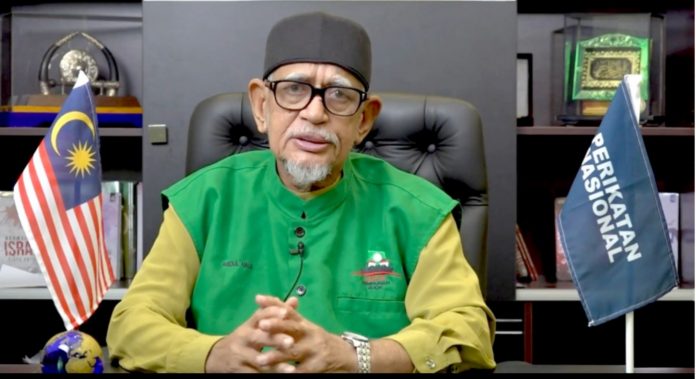 KUALA TERENGGANU : PAS will instruct all its members and supporters to vote for Perikatan Nasional (PN) candidates in the upcoming Melaka state election.

“We hold to the message that has been conveyed to the grassroots and party machinery to support PN and PAS has also agreed to use PN’s logo in the state election.

“We also stick to the basis of three-party cooperation. There must be a fair distribution of seats among the parties [in the government]. If they (BN) do not want to cooperate, it is up to them,” he told reporters after delivering his policy speech at the 67th PAS Annual Muktamar (Assembly) here on Saturday.

BN on Saturday announced that it would field 28 candidates for the Melaka state election, with 20 of them from UMNO, seven from MCA and one from MIC, at an event held at the World Trade Centre Kuala Lumpur.

On PAS candidates, Abdul Hadi hinted that the party would contest in one-third of the total 28 seats.

Asked about whether BN’s announcement to field its 28 candidates would result in three-cornered fights, Abdul Hadi said there is still time for negotiations before the nomination day on Nov 8.

The Melaka state election is being held following the dissolution of the state legislative assembly on Oct 4, after four assemblymen withdrew their support for Chief Minister Datuk Seri Sulaiman Md Ali.

The Election Commission has set Nov 20 for polling and Nov 16 for early voting.

Six who lost father to Covid-19 to receive assistance