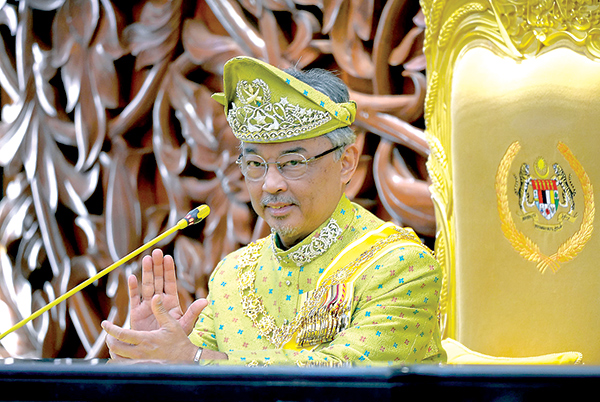 Malaysia’s King Sultan Abdullah Sultan Ahmad Shah urged the country’s politicians on Monday to work towards stability and to avoid sparking further political problems in the time of COVID-19 outbreak, delivering his speech to the parliament.

In his speech to open the first parliament session since the change of government in March, Sultan Abdullah called on the members of the parliament (MPs) to unite as the country is facing difficulties brought on by COVID-19 and its effects on the people and economy.

“I advise you not to drag the country into a political abyss of uncertainty at a time when the people continue facing many problems as well as a difficult future brought on by the COVID-19 pandemic,” he said.

Sultan Abdullah also urged the government, headed by Prime Minister Muhyiddin Yassin with a multi-party coalition, to focus on ensuring the people’s well-being and safety, and to minimize the impact of the COVID-19 outbreak.

The Lower House of Parliament or Dewan Rakyat was initially scheduled to sit for 15 days, but this had been reduced to a one-day sitting limited to the king’s speech over the current COVID-19 outbreak with MPs and parliament staff being tested for the disease beforehand.

Former Prime Minister Mahathir Mohamad, who resigned in late February before Muhyiddin took over as the prime minister on March, had sought to table a non-confidence motion against his successor.