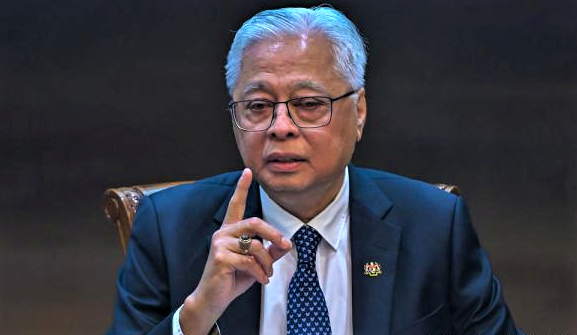 Former prime minister Datuk Seri Ismail Sabri Yaakob denies talk of an unrecorded MR620bil in expenditure by the Treasury Department, saying it is fake news as all expenses were recorded in the government’s accounts.

On his official social media accounts, Ismail Sabri shared a post by a person known as Yusoff Bachek, who uses the handle @mohayusba, that he said was untrue. In his post, Yusoff had claimed that RM620bil was unaccounted for by the Treasury from 2020 to 2022 during the movement control order to control the spread of the Covid-19 pandemic.

The post alleged that this was the reason why former prime ministers Tan Sri Muhyiddin Yassin and Ismail Sabri did not want others to become the prime minister. 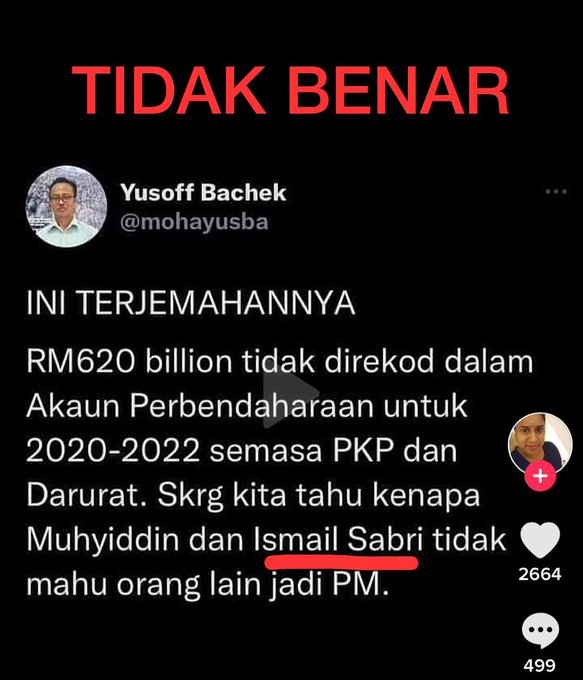 “The total value of eight stimulus packages was RM530bil, where a big portion of it did not involve government expenses (such as the bank loan moratoriums).

“Direct government spending was only worth RM10bil and this allocation was approved by Parliament unanimously,” Ismail Sabri explained in his social media post.

On March 16, 2020, then prime minister Muhyiddin had announced that an additional RM620mil would be spent to help the economy withstand the effects of the Covid-19 pandemic.TSOL