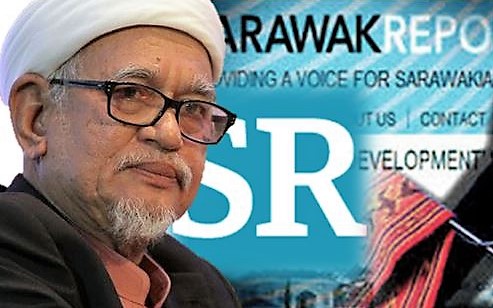 Kuala Nerus MP Datuk Mohd Khairuddin Aman Razali At-Takiri from PAS said Ambiga must respond to being named as the source of the allegation.

The Islamist party’s central committee member added that such allegations against PAS were meant to tarnish his party’s image.

“Ambiga as a lawyer has to immediately respond. Was this just a claim or accurate? As a lawyer, she has to respond. It is only ethical,” Khairuddin told reporters when met at Parliament today.

Hadi sued Rewcastle-Brown in April over a report on her site last year alleging that PAS leaders were paid the RM90 million by Najib to stop attacking 1MDB.

Hadi is seeking an undisclosed amount in damages and an injunction preventing Rewcastle-Brown from repeating the allegations.

In August, a London court ordered Rewcastle-Brown to pay £15,000 (RM84,000) or two-thirds of the cost to Hadi after she failed to convince the court to compel Hadi pay a deposit to cover her legal costs.

Sarawak Report’s Clare Rewcastle-Brown reportedly claimed Ambiga provided her with the information that is now the subject of a defamation lawsuit filed by PAS president Datuk Seri Abdul Hadi Awang against Rewcastle-Brown in the UK.

“I am not at liberty to comment on the matter which is before the UK courts,”Ambiga told Malay Mail Online when contacted today.

Citing from Rewcastle-Brown’s statement of defence, The Malaysian Insight news portal yesterday reported that she claimed to have spoken to Ambiga in July 2016 about PAS, Najib and 1Malaysia Development Berhad (1MDB).

She then claimed that Ambiga told her she had learned from “reliable” sources about the alleged payment of RM90 million from Najib to “PAS leaders”. -source Malaymail